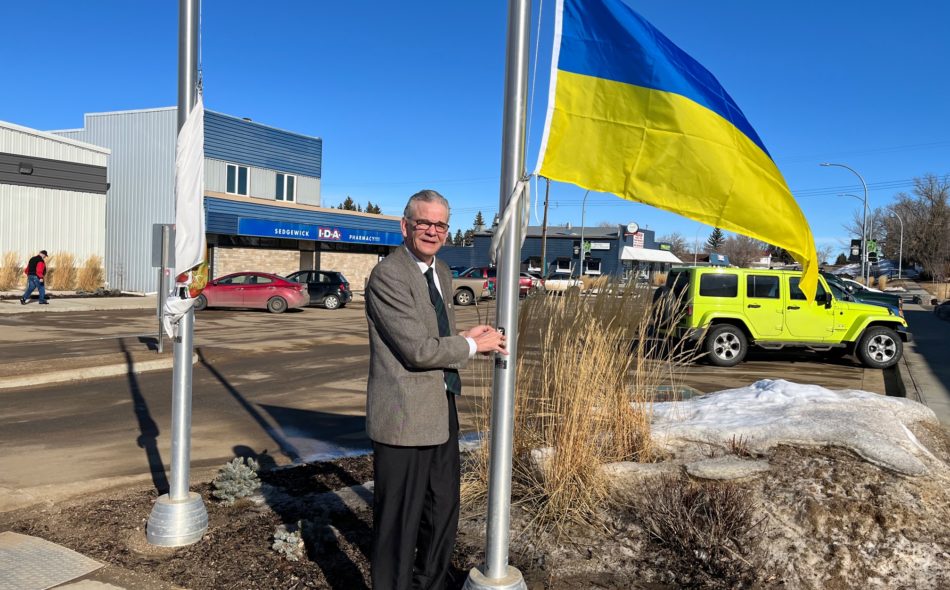 At their March 17th regular meeting, Sedgewick Town Council approved raising the Flag of Ukraine on Main Street as a symbol of support for the country considering current events.  Mayor Levy is pictured here placing the flag at full-mast.

Russia began a military invasion of Ukraine on February 24th which is now Europe’s largest conventional military attack since World War II.  The invasion is considered to have violated the Charter of the United Nations and constituted a crime of aggression according to international criminal law.  The Government of Canada has condemned “in the strongest possible terms Russia’s egregious attack on Ukraine”.  The situation has been deemed as an unfolding humanitarian crisis.

The Town of Sedgewick Council wishes to bring continued awareness to the issue by raising the Ukraine Flag on Main Street.  Our thoughts and prayers are with the people of Ukraine and their loved ones.  Should you wish to donate to Ukraine’s cause you can at https://cufoundation.ca