Live Music Comes Back to Sedgewick 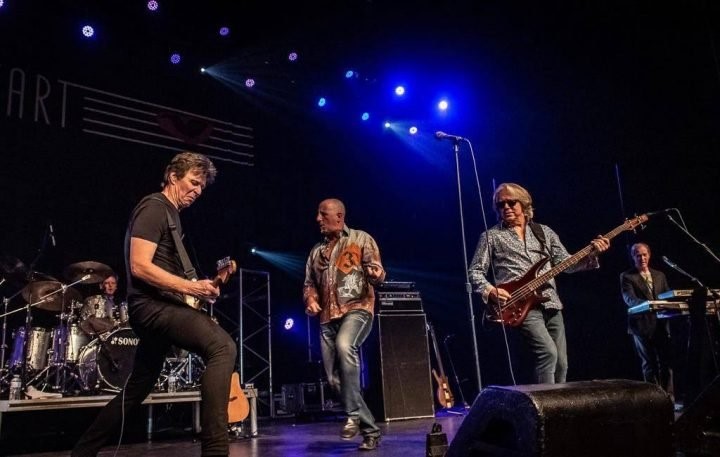 After an almost 2-year absence due to the COVID-19 pandemic, the Town of Sedgewick is proud to announce that they have secured legendary Canadian rock band Streetheart to perform on Saturday, September 18th at the Wild Rose Co-op Recreation Centre with the performance billed locally as “The Day the Music Came Back”.  Streetheart, originally from Regina, Saskatchewan and later based in Winnipeg, is best known for turning out the 80’s hits “Here Comes the Night”, “What Kind of Love is this?” and “One More Time” among others.

The performance brings live music back to the Campbell-McLennan Chrysler Stage for the first time since the community hosted Honeymoon Suite on October 19th, 2019.  Gord Bamford’s #REDNEK tour was slated to make a stop at the venue in spring 2020 however the show was postponed and ultimately cancelled due to the coronavirus.  Streetheart formed in 1977 and by 1980 had won the Juno award for “Most Promising Group of the Year”.  The following decades earned them six gold and four platinum albums in Canada and several more awards including a People’s Choice Award as most popular Canadian act.

Taking the stage at 8pm as supporting act will be Who Made Who, the definitive tribute act to AC/DC.  Formed in 2005, the band quickly became the most in demand and unrivaled tribute to AC/DC in Canada.  Who Made Who takes pride in having the largest stage production with all the exacting gear to reproduce the sights and sounds of an AC/DC concert.

Tickets go on sale on Wednesday, July 28th at 10am and can be purchased at the Town office in Sedgewick, at the Sedgewick and Killam Wild Rose Co-op Food Stores, and on Ticketmaster.ca