Canadian rock legends, TROOPER, have added another date to their already busy summer tour and have announced a show in Sedgewick, AB.   With a repertoire of over a dozen instantly recognizable hits in their action-packed and entertaining set, TROOPER regularly sells out shows across Canada and have become known as the country’s #1 party band.

The five member group will take the stage at the Wild Rose Co-op Recreation Centre on July 15th at 9pm with a to-be-named opening act to kick things off at 8pm and an after-party to follow.  Tickets go on sale at 10am on Tuesday, May 22nd and can be purchased at the Town of Sedgewick administrative office, the Killam or Sedgewick Wild Rose Co-op grocery locations or online at ticketmaster.ca 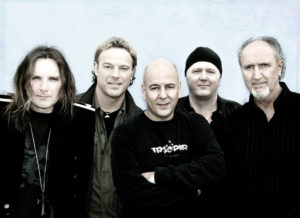