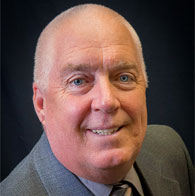 Mayor Perry Robinson is entering his third term on Council and second consecutive term as Mayor. Perry and wife Darlene are blessed with six children, seven grandchildren (with twins on the way) and a great grand-daughter. Born in Parry Sound, Ontario, Perry has lived in the area for 37 years with 28 of those years in the Town of Sedgewick. A retired tradesman, Perry has also spent 26 years as a volunteer firefighter. Among his many accomplishments are receiving the Queen’s Diamond Jubilee Medal, the Canadian Fire Services Exemplary Service Medal, and the Alberta Emergency Services Medal. Perry enjoys a full life spending as much time as he can with his grandchildren and with what little time he has left he likes to spend delving into military history and gardening.

Perry cites the citizens as what he loves most about Sedgewick and their ability and willingness to support the community as a whole through good times and tough times. Over the next four years, Perry plans on concentrating on quality of life issues for residents which includes: